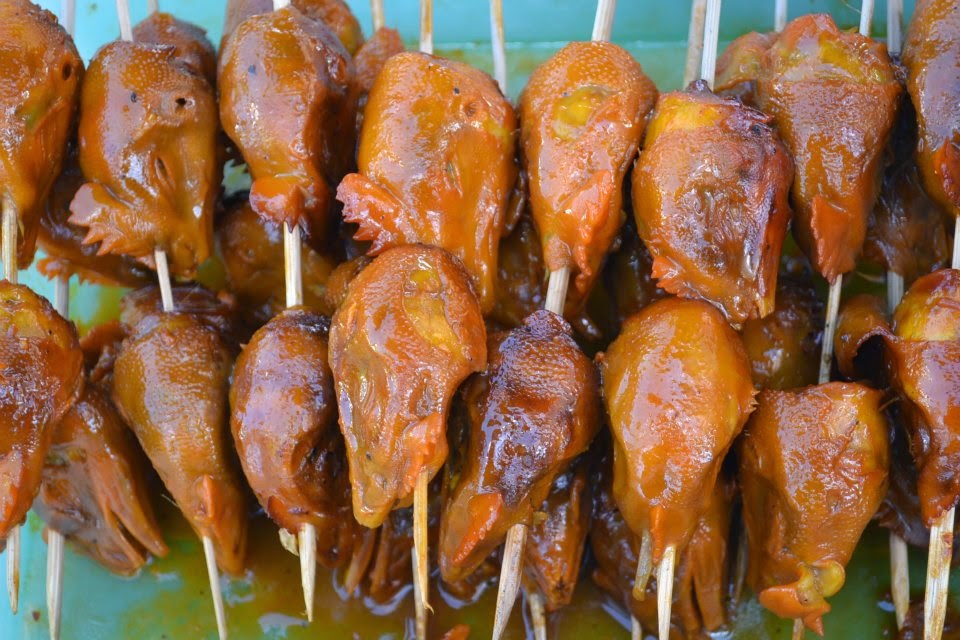 Every country on earth has local delicacies and exotic foods that most foreigners find strange, or just plain revolting! The Philippines is no exception. As an American Expat who has lived in the Philippines since 2009 and a proud Foreignoy (Half Filipino half Foreigner), I’ve learned to love a lot of Filipino foods. I’m an adventurous person, so I’ve tried most of the exotic foods on this list – but not all. Some are just a bridge too far. Below are ten crazy Filipino foods you simply must see to believe! Bon appetit! 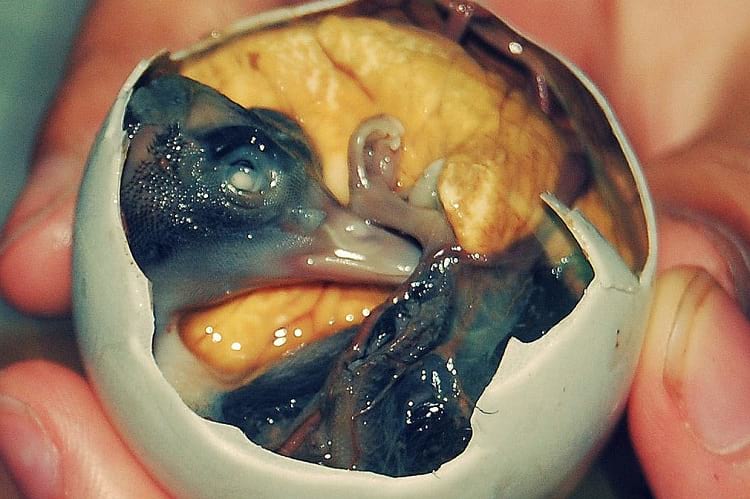 Balut is probably the most internationally famous street food eaten by Filipinos. I make all my friends who visit me in the Philippines try balut!Balut is a developing duck embryo that is boiled and eaten from the shell. Its often served with salt and vinegar. Like the ice cream man in the USA, balut salesmen can be heard walking through neighborhoods calling out “balut, balut”, often at night. Many Filipino men eat balut because they believe it is an aphrodisiac – a substance that increases libido when consumed. It sort of tastes like brains meets scrambled eggs. It’s an important soure of protein for millions here in the Philippines, and actually not as bad as it looks.

Kids love hot dogs. Kids love marshmallow. Why not combine the two? Marshmallow hotdogs are often served at kids birthday parties, and its a tradition to serve them for a kids 1st birthday party. This food is not that disgusting, but I found the combination of flavors interesting, so I included it. Another interesting thing about Pinoy hot dogs is that they are colored bright red from food coloring. 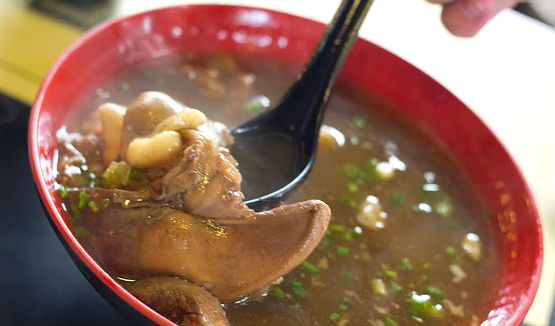 Soup No. 5 is particularly disgusting for most foreigners because it is made from bull or ox genitals. This dish too is suppose to make a man more potent. Would you eat this?

Filipinos eat pretty much every part of the chicken – including the head. Heads are often grilled on sticks and served as street food. Chicken heads are also commonly used as “pulutan” – food that is eaten while you drink. I tried chicken heads for the first time when I was in Zambales filming a TV Show for GMA News 11 called “Prom D City”. They don’t have much meat on the heads, but yeah, it tastes like chicken!

If you don’t like fried food, don’t come to the Philippines. Filipinos fry just about everything.Behold a local delicacy called “chicharon bulaklak”, which is fried pig intestines. This is one thing I have never tried because I want to live to be a 100 and I avoid all fried foods like the plague. Chicharon bulaklak is often served with chili, onion and vinegar, as seen above.

Like most Asians, Filipinos love to eat chicken feet, which they call “adidas”, named after the shoes. Most of the edible meat on the feet consists of skin, tendons and muscle, and the texture is very gelatinous. This gives adidas a distinct texture different from the rest of the chicken’s meat. They aren’t easy to eat, many small bones which you have to spit out as you go. Nevertheless, they are loved here in the Philippines, as they are in China and most other Asian countries. 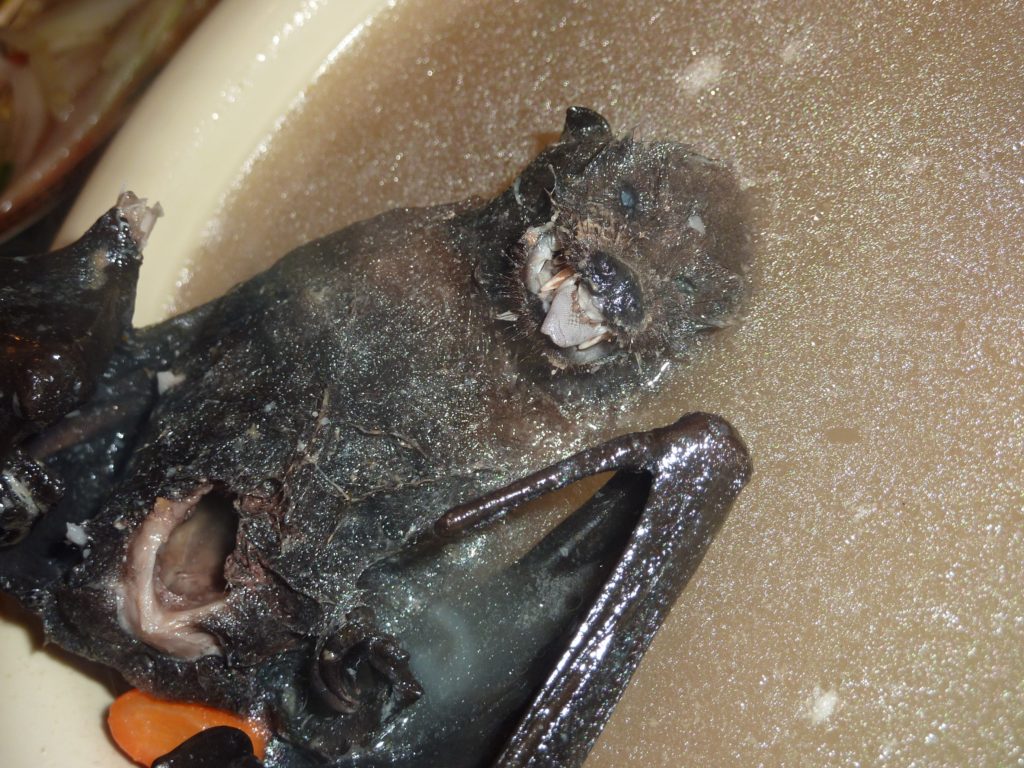 Remember how I wrote earlier that some Filipino food is simply a bridge to far, and I can’t get myself to try it? Well fruit bat stew is one of those dishes! Fruit Bats, also known as “Flying Foxes”, are a food source for humans in many rural parts of the Philippines, and other parts of Asia, where they are sometimes known as the “chicken of the cave.” In addition to being hunted as a food source for humans, bats are also hunted for their skins and guano.

Kamaru, or mole crickets, are rice field crickets that basically feed themselves with the rice grains and leaves. These insects are packed with protein and B vitamins, and many Filipinos love eating them! They aren’t that bad tasting and they are cheap – a kilo of these crickets costs about a dollar. Over two billion people on earth eat insects routinely, but converting Western consumers remains a very hard sell.

“Tuslob” means”dip” and “Buwa” means “bubbles” in Cebuano, the language spoken in the Visayas region of the Philippines. This Cebuano food is made from pig’s brain, pork liver or intestines (optional), onions, oil, soy sauce, fish sauce and other various seasonings. “Tuslob Buwa” is basically a local dip made of the mentioned elements. Often balls of sticky rice are dipped in this dish. This one actually isn’t as bad as it sounds. Brains sort of have the texture of scrambled eggs. 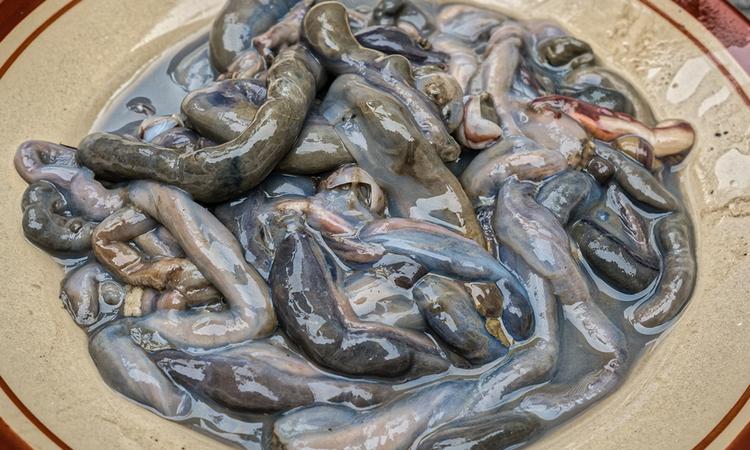 The tamilok is a wood worm which tastes like your familiar oyster. Its a famous delicacy found on the beautiful island of Palawan. Although it looks like a worm, it is actually a mollusk found inside rotting mangroves. Although they look horrid they aren’t that bad, and when you think about it, oysters are just as disgusting to look at.

What’s the lesson here? Many Filipinos are very frugal people who have learned to make the best dishes they can out of locally available ingredients. Being frugal with food is just like being frugal with anything else, the more parts you can use, the less expensive day to day life becomes. Being frugal is a virtue, and I admire this quality in Filipinos.